Cultural Artifact
What People Prepare for Traveling to Japan

In 2020, Olympic games will be hold in Tokyo, Japan. People are more interested in Japan, and one of them may be planning to visit to Japan. How do you think Japanese people? Some people may think Japanese is punctual and work too much. Actually it is true; for example, Japanese trains are among the world’s most punctual: their average delay is just 18 seconds. There are a lot of interesting culture artifacts.

Today, I will introduce to you Japan where I was born.

I will tell you basic information of land of the rising sun, introduce a cultural artifact, and left you with some tips for traveling.

(I.) In order to teach you about an island nation in the Pacific Ocean, I will describe the location, the food, and the atmosphere of people.

A. I will start with the location of Japan.

B. Most notable is the food that directly affects your travel’s pleasure.

I have taught you basic information, now I will tell you one of the cultural artifacts of Japan.

(II.) Tokyo tower is one of the most significant artifacts, so I will tell you history, how people use it for, and how it affects to people.

A. Knowing history is meaningful for visiting and watching this cultural artifact.

B. How Tokyo tower is used is most essential for Japanese people.

C. Finally, Tokyo tower is valuable for people live near by.

Tokyo tower is very beautiful and significant cultural artifact of land of rising sun; next I will give you some travel tips.

(III.) Now to encourage you to visit Japan, I will tell you what you should bring, crime rate of japan, and information of transportation.

A. First, I will let you know what you should bring for traveling to Japan.

B. You may worry crime rate of a country whenever and wherever you go
to the country.

C. Trains are most essential transportation for not only local people, but also tourists.

Now you have learned basic information of land of the rising sun, cultural
artifact, and I have suggested a couple of travel tips.

In Japan, you can enjoy great quality and many types of food. There is
beautiful place and some cultural artifacts. In addition, before starting the
Olympic games in 2020, there will be new stadium and new trains.

Number of tourists may increase to toward to the Olympic games in 2020. So
do not miss booking a ticket of airplane. 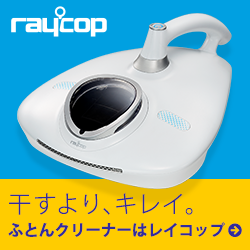